by Coyote LJ
How much you think this toad weighs? 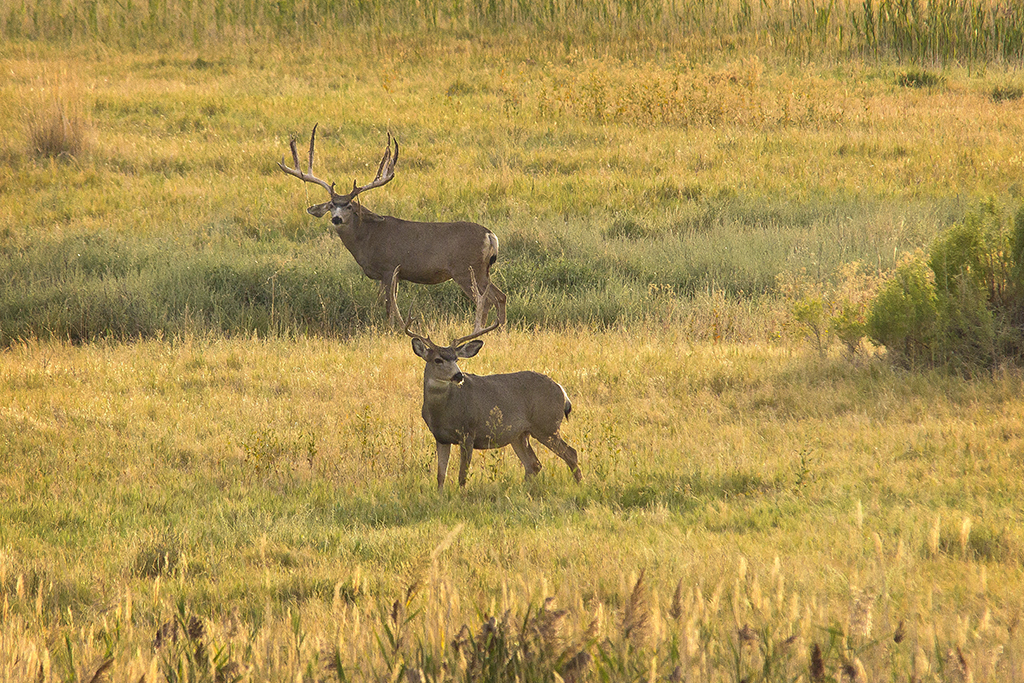 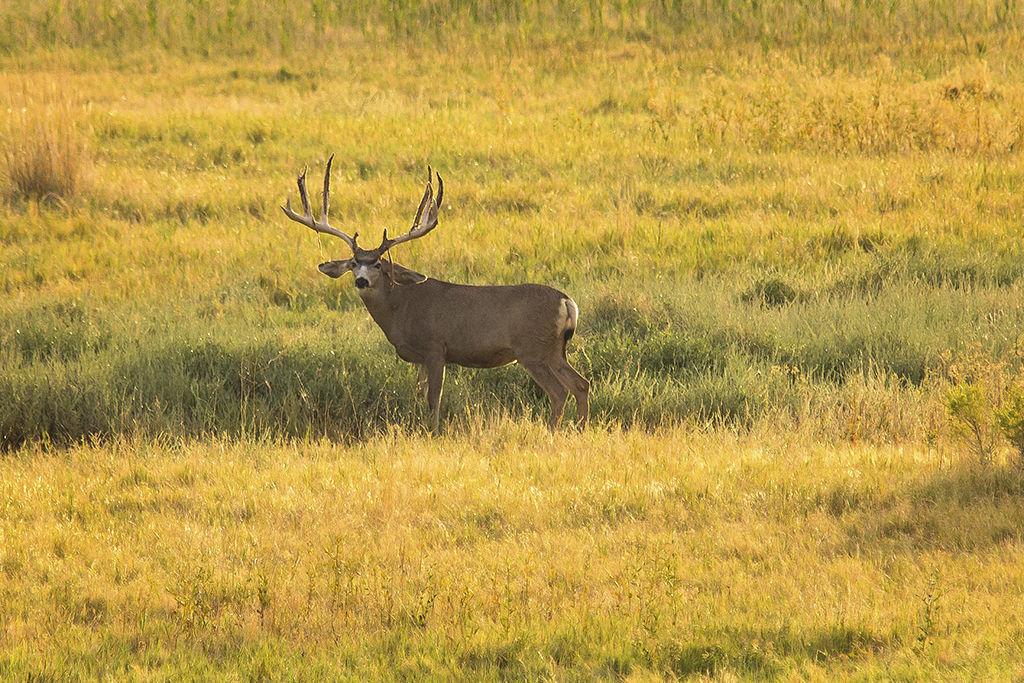 by Northface
Thats awesome. Great capture. Everything is cool about that buck - the width, the forks, velvet hanging off, the ears and big ole body

by MuleyMadness
Man I have no idea on the weight, but I do think the pics are sweet.

by Tyselby17
That is a sweet pic. BIG body for sure.

by derekp1999
Does he hang out near a Krispy Kreme? Good grief that's a big old buck.

by MOOSE HOLLOW
Great pictures but not a toad he's a pig.

If you don't mind me asking is that a Utah deer.

by jls456
Very nice. I would like to see him during season.

I've showed his picture around asking opinions on live weight. Most of the more seasoned hunters that have ventured a guess think he is at least 300 pounds and I would have to agree. Heck, he might even be well over 300, I just don't know. The one I killed last year went around 225 or so and this one is a LOT bigger.

When I peeked over the ridge to get his picture, it took me a few seconds of gawking at his bulk before I really even registered how wide his antlers are! Wish he would have hung around for better pictures, but he split the second he detected me.

by waspocrew
That is one big bodied deer.. That's an awesome photo. Have you come across this buck again?
All times are UTC-06:00
Page 1 of 1